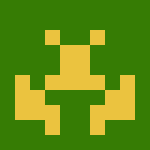 Bythe overt words for today

Pale Rider is a 1985 American Western film produced and directed by Clint Eastwood, who also stars in the lead role. The title is a reference to the Four Horsemen of the Apocalypse, as the rider of a pale horse is Death. The film, which took in nearly $41 million at the box office, became the highest grossing Western of the 1980s.
Outside the snowy mountain town of Lahood, California, thugs working for big-time miner Coy LaHood destroy the camp of a group of prospectors and their families. They shoot a dog belonging to 14-year-old Megan Wheeler. As Megan buries her dog in the woods and prays for a miracle, thunder rolls and a stranger rides down the slopes.
Megan’s mother, Sarah, is being courted by Hull Barret. When Hull heads to town to pick up supplies, four of the thugs begin to beat him with axe staves, but he is rescued by the stranger. Hull invites him to dinner. While the stranger is washing, Hull notices what look like six bullet wounds in his back but doesn’t say anything. The stranger appears at the dinner table wearing a clerical collar and is thereafter called “Preacher”.

Coy LaHood’s son Josh attempts to scare off the Preacher with a show of strength from his giant work hand, Club, who breaks a large rock in half with a single hammer blow. When Club attempts to attack the Preacher, the Preacher hits Club in the face with his hammer and delivers a blow to Club’s groin, then gently helps him onto his horse. The miners work together to smash the rest of the boulder. Meanwhile, Coy LaHood returns from Sacramento and is furious to learn about the Preacher’s arrival. He says that the Preacher would strengthen the resolve of the prospectors. Failing to bribe the Preacher into settling in the town, LaHood is persuaded to offer the miners $1000 per claim provided they evacuate within 24 hours. LaHood threatens to hire a corrupt marshal named Stockburn to clear them out if they refuse. The miners initially consider the offer, but when Hull reminds them of their purpose and sacrifices, they decide to stay and fight.
The next morning, the Preacher leaves without notice and retrieves his revolver from a bank box. Meanwhile, the miners find that LaHood’s men have dammed the creek running through their camp. They agree to stay and continue panning the drying creek bed.

Megan, who has grown fond of the Preacher, rides into the LaHood strip mining camp where Josh attempts to rape her while his cohorts encourage him. The Preacher arrives on horseback and rescues Megan, shooting Josh in the hand in the process. Stockburn and his six deputies arrive at the town. LaHood describes the Preacher to Stockburn. Stockburn appears startled and says that it sounds like someone he once knew who is now dead. Spider Conway, a miner at the camp, recovers a large gold nugget and rides into town, where he yells drunken abuse at LaHood from the street. After gunning him down, Stockburn tells Spider’s sons to tell the Preacher to meet him in town the next morning. Meanwhile Sarah goes to the barn where the Preacher is sleeping and it’s implied they have sex.
The following morning, the Preacher and Hull blow up LaHood’s site with dynamite. To stop Hull from following him, the Preacher scares off Hull’s horse and rides into town alone. In the gunfight that follows, he kills all but two of LaHood’s men, and then, one by one, all six of Stockburn’s deputies as they spread through the town searching for him. When he goes face-to-face with Stockburn, the latter recognizes him in disbelief and goes for his gun. The Preacher draws first and shoots him, sending six bullets through his torso before shooting him in the head. LaHood, watching from his office, aims a rifle at the Preacher but is shot and killed by Hull.The Preacher nods at Hull and remarks, “Long walk”, before galloping toward the snow-capped mountains. Megan drives into town and shouts her love and thanks to the Preacher. Her words echo through the canyon as he rides off.

Pale Rider was primarily filmed in the Boulder Mountains and the Sawtooth National Recreation Area in central Idaho, just north of Sun Valley in late 1984.[4] The opening credits scene featured the jagged Sawtooth Mountains south of Stanley. Train-station scenes were filmed in Tuolumne County, California, near Jamestown. Scenes of a more established Gold Rush town (in which Eastwood’s character picks up his pistol at a Wells Fargo office) were filmed in the real Gold Rush town of Columbia, also in Tuolumne County.

In an audio interview, Clint Eastwood said that his character Preacher “is an out-and-out ghost”.[6] However, whereas Eastwood’s 1973 western, High Plains Drifter resolves its storyline by means of a series of unfolding flashback narratives (although ambiguity still remains), Pale Rider does not include any such obvious clues to the nature and past of the Preacher other than six bullet wound scars on his back. Viewers are left to draw their own conclusions regarding the overall story line and its meaning.

The movie’s title is taken from the Book of Revelation, chapter 6, verse 8: “And I looked, and behold a pale horse: and his name that sat on him was Death, and Hell followed with him.” The reading of the biblical passage describing this character is neatly choreographed to correspond with the sudden appearance of the Preacher, who arrived as a result of a prayer from Megan, in which she quoted Psalm 23. Preacher’s comment after beating one of the villains is, “Well, the Lord certainly does work in mysterious ways.” After the temptation to shift his ministry to the town, Preacher says, “You can’t serve God and Mammon, Mammon being money.” According to Robert Jewett, the film’s dialogue parallels Paul the Apostle‘s teaching on divine retribution (Romans 12:19–21).Pale Rider was released in the United States in June 1985, and became the highest-grossing Western of the 1980s. It was the first mainstream Hollywood Western to be produced after the massive financial failure of Heaven’s Gate. Pale Rider received critical acclaim, and currently holds a 92% score on Rotten Tomatoes. Roger Ebert praised the film, giving it four out of four stars. Further, he stated, “Pale Rider is, overall, a considerable achievement, a classic Western of style and excitement.”[9]

The movie was a success at the North American box office, grossing $41,410,568 against a $6,900,000 budget.The film was entered into the 1985 Cannes Film Festival.One of the film’s scores (used in a trailer) was composed by British composer Alan Hawkshaw, who wrote the original theme for BBC children’s drama series Grange Hill, as well as the signature tunes for Channel 4’s Countdown and Channel 4 News.

In a odd case of doubling up in Hawkshaw’s career, according to an interview in a BBC Radio 4 documentary, “The Lost Art of the Theme Tune”, Channel 4 News did not secure permanent exclusivity rights to Hawkshaw’s theme, known as “Best Endeavours”, resulting in it also being used for the trailer for Pale Rider.Pale Rider was included in the Western nominations for the American Film Institute‘s 10 Top 10 lists.

Laura Spinney is a science journalist and a literary novelist. She has published two novels in English, and her writing on science has appeared in National Geographic, Nature, The Economist, and The Telegraph, among others. Her oral history portrait of a European city, Rue Centrale, was published in 2013 in French and English.

”With superb investigative skill and a delightfully light-hearted writing style, Spinney extends her analysis far beyond the relatively short duration of the plague… I’ve seldom had so much fun reading about people dying.” * The Times *

”Both a saga of tragedies and a detective story… Pale Rider is not just an excavation but a reimagining of the past.” * Guardian *

”Vividly recreated, grimly fascinating… Coolly, crisply and with a consistently sharp eye for the telling anecdote, Spinney … demonstrates how the Spanish flu cast a long shadow over the 20th century.” * Daily Mail *

”Impressive… packed with fascinating, quirky detail… As the centenary of this monumental event approaches, other volumes on the pandemic will undoubtedly appear. Pale Rider sets the bar very high.” * Nature *

”Influenza, like all viruses, is a parasite. Laura Spinney traces its long shadow over human history… In Europe and North America the first world war killed more than Spanish flu; everywhere else the reverse is true. Yet most narratives focus on the West… Ms Spinney’s book goes some way to redress the balance.” * The Economist *

”Laura Spinney provides a vivid account of the medical mysteries surrounding this exceptionally lethal disease and its long-term consequences. The main fascination of her wonderfully absorbing book lies in its international comparisons, reinforced by harrowing narratives of personal experiences… Pale Rider offers an important if unsettling reminder that stories about epidemics cannot be safely relegated to the past.” — Patricia Fara * BBC History Magazine *

”Engaging, delivering the necessary science in the tone of a trendy lecturer who is chatty and informal but always authoritative… The post-war world created treaties, organisations and protest groups to prevent global conflict recurring, yet the century’s biggest killer may have been something else entirely. This fascinating, frightening book will begin to redress that dangerous historical imbalance.” — Julie McDowall * Herald *

”Spinney, an admired science journalist, conjures the drama of the Spanish flu… Pale Rider is not just an excavation but a reimagining of the past… The renowned virologist John Oxford concurs: ”H1N1 has a proven capacity to kill,” he says, ”and we don’t need to be sitting here taking it like they did in 1918.” Spinney has ably lent her pen to the cause.” –Colin Grant * Guardian *

the overt words for today

Apr 8, 2021 the overt words for today
news-coloumn Perempuan 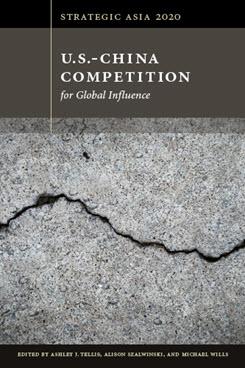